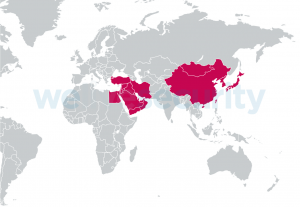 The Australian Federal Police (AFP), the United States’ Federal Bureau of Investigation (FBI) and other law enforcement agencies from 16 countries recently led a global crime bust that resulted in the arrests of more than 800 alleged criminals.

The sting – dubbed Operation Trojan Shield by the FBI and Operation Ironside by the AFP – came after almost three years’ worth of cooperation during which AFP and FBI developed and stealthily ran an encrypted messaging network called AN0M.

“The app AN0M was installed on mobile phones that were stripped of other capability. The mobile phones, which were bought on the black market, could not make calls or send emails. It could only send messages to another device that had the organised crime app. Criminals needed to know a criminal to get a device. The devices organically circulated and grew in popularity among criminals, who were confident of the legitimacy of the app because high-profile organised crime figures vouched for its integrity,” said the AFP.

By running AN0M on more than 12,000 encrypted devices, the authorities gained unique insights into the operations of more than 300 organized crime groups, including the Italian mafia, outlaw biker gangs, the Albanian mob, and international drug trafficking conglomerates. The app was distributed as a way to ‘fill the void’ after a coordinated strike took down Phantom Secure, an encrypted platform provider previously used by criminals.

“The goal of the new platform was to target global organised crime, drug trafficking, and money laundering organisations, regardless of where they operated, and offer an encrypted device with features sought by the organised crime networks, such as remote wipe and duress passwords, to persuade criminal networks to pivot to the device,” reads the press release by Europol, the EU’s law enforcement agency, which assisted with the operation.

In what could be considered to be one of the most significant law enforcement operations to date, law enforcement from across 16 countries performed more than 700 house searches, arresting over 800 individuals and seizing more than over US$48 million in cash and cryptocurrencies. Around 32 tons of drugs, including cocaine, amphetamine, methamphetamine, and cannabis, as well as firearms and high-end luxury cars were also seized.

Meanwhile, in Australia alone, Operation Ironside was responsible for the arrest of 224 suspects and seizure of 3.7 tons of drugs, 104 weapons, and approximately AU$45 million (some US$35 million) in cash. Australia’s law enforcement agency was also able to thwart 20 threats to kill.

Last year, European law enforcement agencies banded together to crack and take down EncroChat, an encrypted chat network, which led to the apprehension of over 800 criminals.