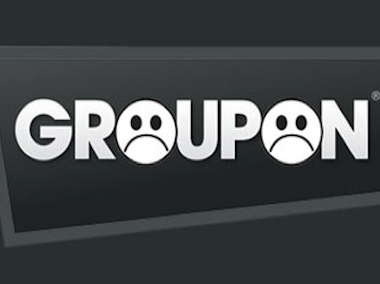 Daniel Bernath came up with what looks like a stroke of genius. Now, I’m not a lawyer (but he is) so I can’t comment on the legality of it, but the logic looks good.

The idea is that since Groupon REQUIRES you to have a Yelp business profile (with positive reviews) before allowing you to do a Groupon offer, and that Groupon’s Terms of Service are more specific as to the rights of the merchant, that Groupon’s TOS trumps Yelp and that Yelp has to comply. I think…

Here’s what he said in a nutshell:

Defamer comes to Groupon and enters a deal regarding my business. Groupon states in its terms of service www.groupon.com/termsthat they are a service provider for merchant. They also contract with defamer that she has agreed to a 3rd party beneficiary contact and that the merchant can enforce it against Defamer as well as Groupon. Near the bottom of the Terms they clearly state that merchant has right to sue defamer.

Conduct of defamer that she breaches…second to the last bullet point defamer says won’t lie about the merchant, try to put him out of business (I don’t have the exact words).

Then the defamer (in my case) lied about my business. Urged people to breach their contract with me. Said I violated the law, etc.

Therefore, for breach of contract we need offer acceptance, consideration, breach, damages. All the elements have been met. Sue defamer for breach of contract, promissory estopped, breach of covenant of good faith and fair dealing (with and to the merchant) and as she obviously signed this third party beneficiary contract with intent to damage me and not actually to use my services, FRAUD.

Then it gets interesting. You can’t do a Groupon deal unless you make a deal with Yelp. (I just got another merchant who says she had to contract with Yelp before they would do a deal with her.)
Yelp also says in its terms of service (contract) with defamer IN PROVISION OBVIOUSLY MEAN TO PROTECT MERCHANT that defamer won’t lie, defame, etc. Yelp also contract in one paragraph that if a post is anonymous and defamatory that they will “probably deal more harshly” with it than otherwise. As such, they have contracted with merchant to not permit defamation about them.

Add that specific contract clause (merchant is 3rd party beneficiary to the defamer-Yelp contract AND defamer Groupon contract) you can then sue Yelp for breach of contract, fraud, etc. because they let the defamation be published and did not do their duty to take it down.

[warning]IMPORTANT: Yelp is always sleaziness off by saying that the Communication Decency Act Sec. 230 gives them immunity for anything posted on their site by a 3rd party.[/warning]

BUT UNDER THIS THEORY OF THE CASE you are NOT suing for any speech. You are suing because Yelp broke their contractual promise thus bypassing that immunity that has always gotten Yelp off the hook.

If you think I’m making this up, look at Barnes v. Yahoo

The court held that the CDA barred the plaintiff’s negligent undertaking claim because it was based on Yahoo’s failed undertaking to remove or depublish the offensive profiles and, thus, was based on a violated duty that was derived from Yahoo’s conduct as a publisher (CDA Sec. 230 immunityfor Yahoo and Yelp) . Id. at 1103.

However, the court held that the CDA did not bar the plaintiff’s promissory estoppel claim (or other contract claims) because it was based on a violated duty that sprang from an enforceable promise Yahoo had breached, i.e., Yahoo’s promise to the plaintiff to promptly remove the offensive material from its Web site. Id. at 1107-08. http://law.justia.com/cases/federal/district-courts/oregon/ordce/6:2005cv00926/74096/43

[important]Get it? Not suing Yelp or defamer for “speech.” Suing them for entering into a contract and then breaching a contract with merchant. to protect merchant and not allow defamations and take down defamations.[/important]

Of course, a trial court judge may disagree and then it will have to be appeal…